Sotillo de la Ribera keeps an outstanding network of cellars to make wine which dates back to the XVI century. They are exceptional because of their saze, arquitecture and situation, says a local investigation .  Bodegas Ismael Arroyo-ValSotillo  has in heritage one where they age the wines and that is available for visitors.

There are now 99 “lagares” (Spanish word for the old wineries, where grapes where pressed by the feet), 86underground cellars and 130 zarceras (holes for ventilation), that has atracted investigators attention .

They date back to the XVI century. Old documents from the XVII century say that in the small town of Sotillo de la Ribera the  wine production in the lagares and underground cellars was over 3 million litres, a very important amount taht meant that it was a principal economic activity.

Inside ValSotillo’s underground cellar visitors can find 2 other documents, from 1902 and 1948 that talk about the quality of the wines made in Sotillo.

Photo  from 100 years ago with the winweries in the background

Around a third part  of the underground cellars are used by groups of friends and families to meet inside and have dinners, fiestas or other celebrations.

Bodegas Ismael  Arroyo-ValSotillo is the only one winery in the  Denominación de Origen Ribera del Duero that owns a historical underground cellar to age thier wines.

Its almost half a km long, with beautiful hancarved galleries. The temperature inside is all the year the same, (11-12 degrees Celsius)  and  it is open for visitors all the year, from Monday to Saturday.  You can find more information about our wine tours in this website.  Besides,  Bodegas Ismael Arroyo-ValSotillo belongs to Ruta del Vino Ribera del Duero. 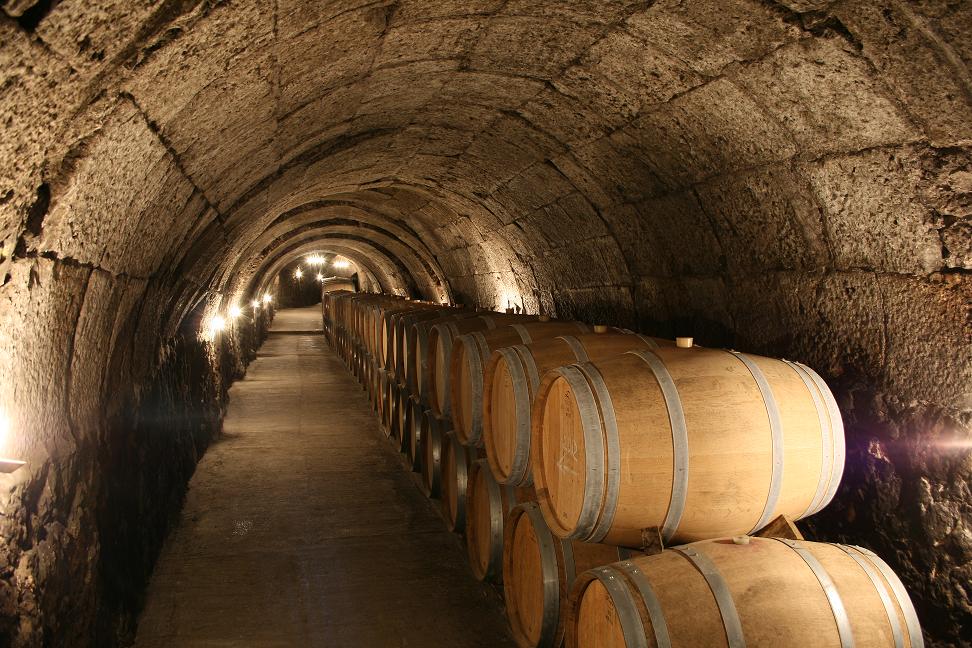