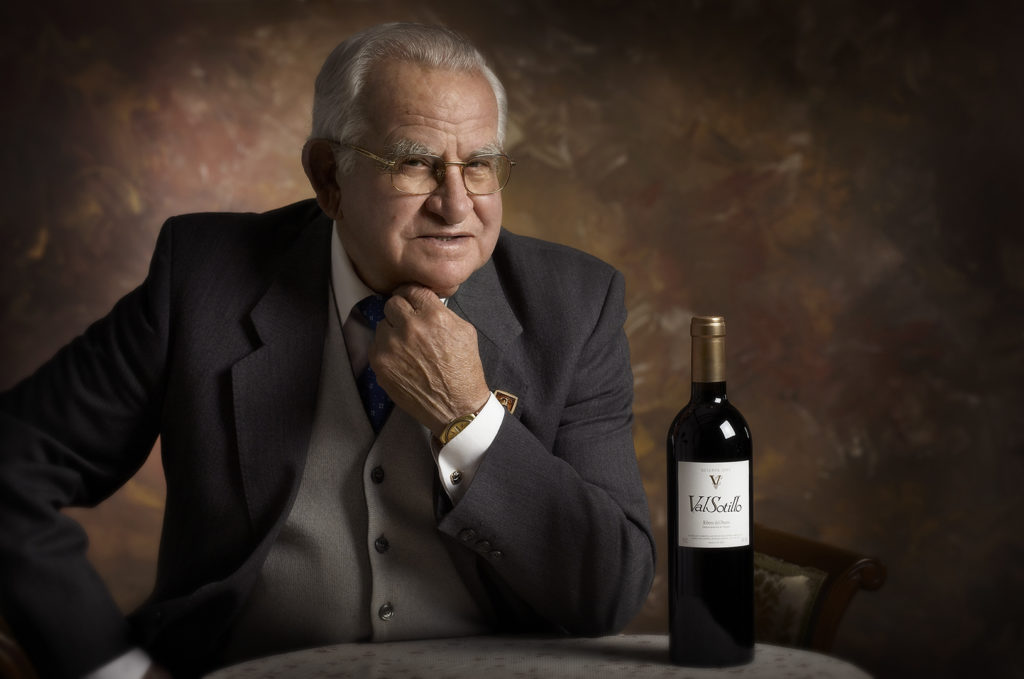 Our beloved father, Ismael Arroyo, sadly passed away last 24th of March at the age of 88.

He founded Bodegas Ismael Arroyo in 1979, when Ribera del Duero wine region still had not an appellation of origin and there were only three or four grapegrowers who were bottling the wine from their vines.

At that time young people had migrated from the countryside to big cities like Madrid, Bilbao or Barcelona, so most of the vines were abandoned.

But Ismael believed in the quality of the grapes and the wines, so he started making wine and bottling it with two of his five sons, Miguel Ángel and Ramón. Mesoneros de Castilla and ValSotillo were the winery brands.

The tradition of winemaking has been handed down from generation to generation in the Arroyo’s family. When he was a child he used to help his father and grandfather to make wine in the traditional way, pressing the grapes by feet in the “lagares”, buildings which were built by their ancestors in the XVII century. Closed to them visitors still can find the underground cellars, hand carved in the rock to keep the wine at a low and constant temperature, in dark and silence.

Ismael wanted to age his wines in one of these impressive underground cellars, 400 years old, which nowadays is visited by wine lovers from 25 different countries.

His legacy will continue in Bodegas Ismael Arroyo- ValSotillo through his sons Marisa and grandsons, Susana.